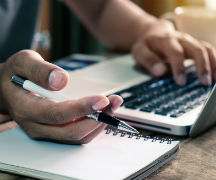 Freelance, consulting and part-time workers have all combined to become an increasingly sizable cornerstone of the American workforce. The U.S. Bureau of Labor Statistics (BLS) estimates 14.9 million workers were self-employed in 2015.

Not all of the nearly 15 million self-employed workers in the U.S operate as freelancers or consultants. Some are independent business owners. But roughly 10 million are true freelance and consulting workers today, and that figure is expected to grow exponentially in the coming years.

Various studies project an “independent employee” economy of nearly 40% by the next decade.

Such a robust portion of the populace working independently will obviously impact a broad range of industries – though some professions are more tailored to the self-employed freelancer than others, at present.

Creative and media fields rely heavily on independent staff. In turn, freelance work is a bastion for those leaving dwindling sectors like print publishing, which has been ravaged by cutbacks over the last decade-and-a-half.

Cleveland-area writer Kelly Boyer Sagert made a career of freelancing after working in newspaper publishing, where Boyer Sagert cultivated a talent for writing and reporting in a sector that’s been among the hardest hit in the American economy.

Boyer Sagert parlayed her newspaper writing skills into independent opportunities. She’s the author of a book on baseball legend “Shoeless” Joe Jackson, she has appeared in an ESPN documentary and provides consulting services to others looking to freelance as writers.

Boyer Sagert says that the most important attitude a freelancer can have is the ability to say yes. Be willing to do the jobs others won’t, she says. She says ghostwriting and content marketing are two great outlets for freelance writing work, both of which can require writers to step out of their comfort zones.

Working as a full-time freelancer does mean taking on risk. One typically must find multiple opportunities in order to earn the income typical of a single, full-time job. Freelancers must also be prepared to fund their own health insurance and pay social security tax for yourself and your employer.

Because demands are likely to vary from employer to employer, a freelancer must be able to adapt quickly.

“I have to constantly be learning and improving my own skills to be able to add real value to another company,” says Vincent Vitale, a Laguna Beach, California, based independent tech entrepreneur who provides freelance management analysis. “Every day there is a new challenge and I'm only as good as what I have done last.”

For many organizations, the outside perspective provided by an independent analyst can be invaluable.

In turn, working independently can translate to unparalleled flexibility. Freelance work makes use of the connectivity technology provides, as Vitale explains.

One can also find rewarding opportunities working part-time for a more traditional employer. A part-time job or gig is a great way to supplement income or gain additional work experience. For an entrepreneur like Vitale, who holds entrepreneurial meet-ups and hosts a radio show, consulting can be a great way for flexibility to tackle multiple projects.

For those seeking extra income, jobs in transportation and storage account for hundreds of thousands of part-time and temporary jobs annually. Amazon is one of the nation’s largest employers for such jobs, hiring warehouse workers and delivery drivers to meet consumer demand. The following are 10 great freelance, consulting or part-time jobs in five different sectors.

Freelance accountants might load up on work during the tax-time rush, but also have year-round opportunities offering services to individuals and smaller businesses – perhaps even other freelancers.